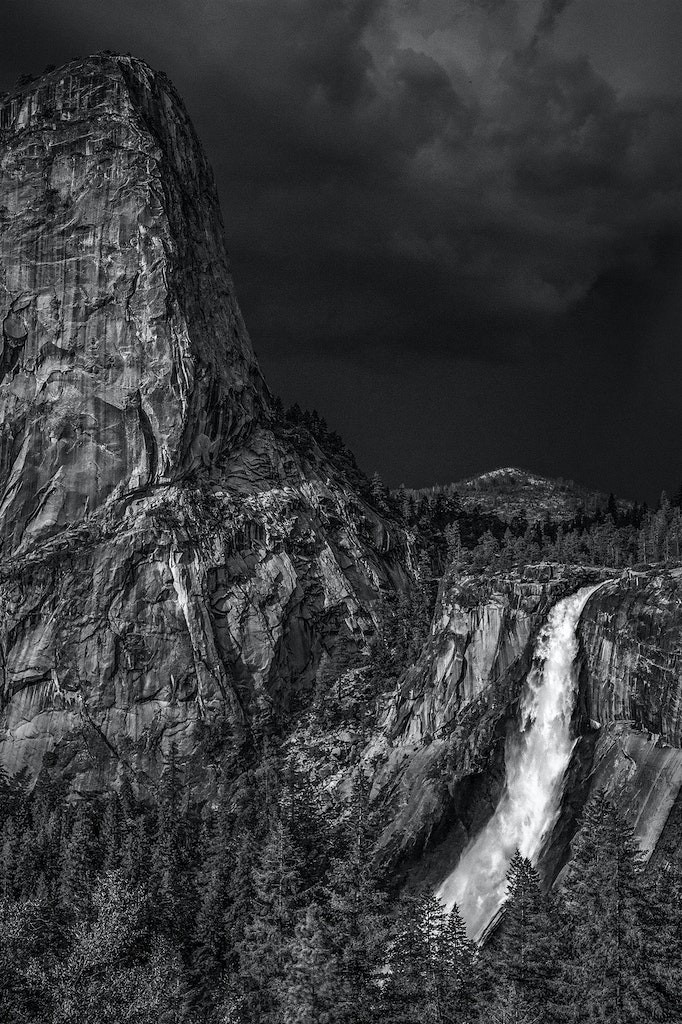 Just before moving to Yosemite National Park in 2011, I began to heavily research my future home. I grew up around the great lakes, inland waterways, and pine forests stretching out for what seemed like forever. What my childhood home lacked, was mountains.
The tallest mountain in Michigan is Mount Arvon which almost hits 2000 feet. Now, hills I knew. I was familiar with hills. You run up one side and roll down the other. Easy right? Mountains, on the other hand, were a new, slightly terrifying, and mostly exciting concept. Apart from childhood trips to the Appalachians, I hadn't fully immersed myself into mountain life.
I was scared and giddy at the same time. Sometimes the unknown can be terrifying. Which is why I started watching documentaries, reading stories and researching the rugged and wonderful, Sierra Nevada. I can still remember watching Bear Grylls slide down deep ravines while chewing on a mountain lion tail. Ok so maybe he didn't quite do that, but you've seen the show.
I started to realize that I wasn't only moving to a new place, I was changing my entire lifestyle. Even though I had always been an "outdoorsy" type, this was going to be different. More extreme than the local wanders in my Michigan home. Not to downplay my childhood, I had a wonderful time rambling in the cedar forests and freshwater creeks near my home.
While on this binge of Yosemite exploration, I remember landing on a show that told the story of 5 climbers on Half Dome that got trapped in a lightning storm. Two of them were electrocuted, while the other three were badly injured. This story stuck with me in the four years I spent in Yosemite.
This photo was taken just shortly after hiking up to the top of half dome. While standing atop the dome I noticed that a large cloud system was building in Tenaya Canyon, and fast. I alerted my group that it might be a good idea to move down.
We made haste down the rickety cables as the thunderheads gathered mass, and moved quickly in our direction. By the time we made it down to Little Yosemite Valley lightning was hitting Half Dome and the enormous clouds were turning the day into night.
Not out of the woods yet, we continued down the mountain and while rounding the corner on the John Muir trail, I stopped to take this photograph of Nevada Falls and the storm that almost caught up. I used a fast shutter speed to freeze the motion of the gushing water pouring off of the granite shelf and into the Merced River Valley below.
I learned that day, just how unpredictable the weather can be and how quick I could run down switchbacks:)
Happy shooting folks!